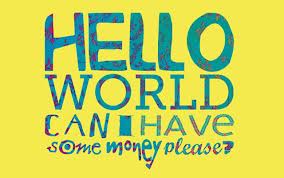 2012 was the year crowdfunding became a household name. With the amazing success of the Pebble Smartwatch, iPhone-powered gTar, and endless arts, media, and design projects, funding as we knew it changed entirely. Kickstarter became not only a spreading phenomenon, but an actual verb. “Great idea, you should Kickstart it”.

small businesses today are struggling more than ever to stay afloat, and entrepreneurs are not facing great odds. Crowdfunding offers these individuals a chance at success, allows creators to stay true to their projects without having to neither answer to any greater structure nor follow any agenda forced upon them. It is also a great way to build a community that is attached to the product. Fundraising can sometime be more effective in friendraising than the actual raising of funds.

2012 was the year a couple of projects made it big, meaning It only makes sense that 2013 will see even more projects and hopefully even bigger funding numbers. But the fresh and innovative crowdfunding of last year is starting to wear down and getting creative is becoming more and more challenging.

In an effort to stand out in an ocean of other projects, crowdfunding – mainly for nonprofits, became entertaining. Nowadays, you don’t just ask for money, you earn it. Most commonly by making sure your contributors are well amused.

The Huffington Post wrote “For causes, 2012 proved to be the year of the risk-taker, as do-gooders around the world – with some of the biggest cajones we’ve ever seen — used their fearlessness to inspire others to donate money and goods to people in need.”

From eccentric homages like men wearing high heels to raise awareness of sexual abuse, thousands of Santas running the Santa Claus Marathon in NY, or simply taking on challenges in exchange for donations like we at Moolta do on a daily basis, fundraising has never been more lively and colorful.

At Moolta, we are amazed to see how well people react to the prospect of doing something crazy for donations. It might be because people see the entertaining side of it as a cause for itself, or because it makes them feel more connected than simply writing a check, or maybe we all just like to make fun of ourselves and a charity is a good excuse to do so.

Whatever the reason is, the result is amazing and the concept is spreading rapidly. We see time and time again that the commitment and passion in these kinds of projects are like no other and people involved in such process are eager to continue to do the next crazy thing.

We welcome you all to go crazy, be stupid, never take yourself too seriously and make the world a little better while doing so. May 2013 be the year that emphasized the fun in fundraising.